Did you know there are two ways to say “Spanish language” in Spanish? They are español or castellano. One of them is preferred than the other one in most of the Spanish-speaking countries, and I would like to talk about the different between these two words. 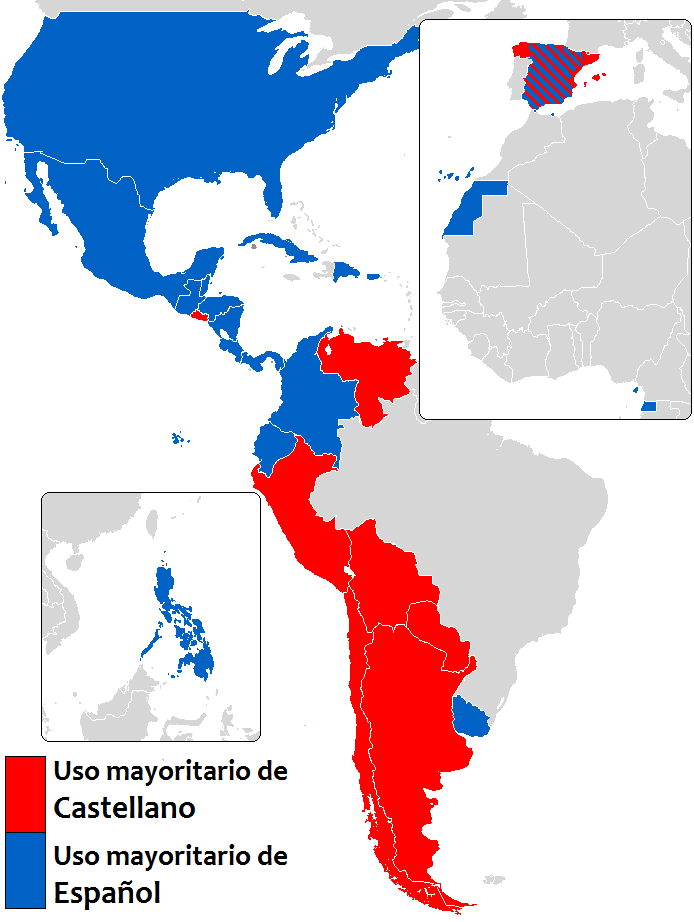 First, as you all know, the word español came from the country name “españa”, and it was named so because it is an official language of Spain. As for castellano, this word actually came from the original language name of Spanish before Spain was born. There are/were many languages other than Spanish/Castellan like Catalan, and when they decided castellano as an official language of the region, they gave it a name Spanish. So, basically, these two terms have the same meanings, and you could use any one but each country has preference for one over the other.