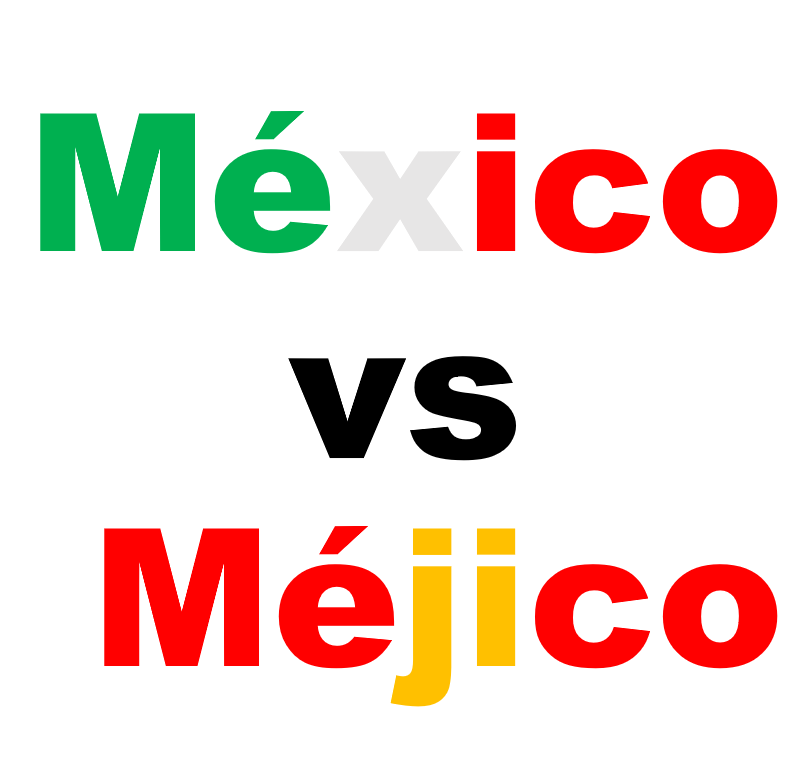 Normally, the letter “X” is pronounced like “ks” which also happens in Spanish as léxico, tóxico and a lot of other words are pronounced as English X. In order to explain this mysterious “X” pronunciation in México, I would like to go back to the Medieval Spanish which was spoken from around 10th until the beginning of the 15th century. In Medieval Spanish, since the letter “X” represented a pronunciation of “H” in English, and a lot of words which contain “J” in Modern Spanish were spelled with “X” in this era. (dixo, maxilla, Quixote etc…) However, in 1713, the official Spanish language organization, Real Academia Española (RAE) decided to change the Spanish spelling rule. They replaced “J” for “X” if the “X” is pronounced like “J” because J and X were pronounced exactly same in some cases. Thus, before the independence of Mexico (1821), Mexico was spelled with J like Mejico because of the rule change that RAE had made. Despite that, after their independence, they regained their spelling of their original country name spelled with “X”, and still has its pronunciation like “H” just like people used to annunciate. Today, Mexico can be written in two different ways, either with J or X. Although it can be spelled with J in Spain, countries in Americas still use X in the name of Mexico.

As you can see from the chart, words are very similar to Latin and English if I change the letter “J” into “X” in Spanish words. Learning history like this might help you remember the words and make more connections with English or romance languages’ words that share the same roots.

Numbers in Spanish
Next

Introducing Yourself in Spanish
Prev